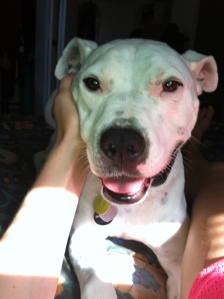 So today was an interesting day.

I attend Elon University School of Law, a recently established law school located in Greensboro, North Carolina.  Our parent organization is Elon University, a 150+ year old institution that is rare in the south.  This is due to its relatively progressive political orientation and the fact that it’s a small, private liberal arts school located south of the Mason-Dixon. As a Connecticut-bred Yankee with roots in Amherst, Massachusetts (I graduated from Hampshire College in 2006), I can attest that the culture ‘down here’ is different…

A New England snob I may be, but being such in North Carolina has brought a pride in this snobbery out — I now wear the badge proudly.  And this snobbery as I call it, or the knee-jerk liberalism that I carry around sometimes as a weapon of strength, sometimes as baggage, is something Elon University the undergrad institution seems to embrace.  In other words, I thought I felt comfortable there.  I thought I had found a bastion of progressivism that my law school has simply yet to embrace. And then the events of today transpired.

I was meeting with a talented young student who is advising me on some tech issues related to my blog.  The meeting did admittedly run a bit longer than I’d anticipated, and just as I was saying to him I felt it was time to return to my rescue Pit/love of my life, Madame (her full name is Madame Blavatsky), I received a call on my cell from a blocked number.  Turns out it was the police.  Not even rent-a-cops, but the police.  They’d received a report that a dog had been left in a car parked in the Visitor’s Lot for over an hour.  They were calling to inform that they had broken into my car and needed me to get out there so the car alarm could be turned off.

Why did they break into my car, you ask?  I was informed it is because of Susie’s Law, a piece of legislation passed by the NC legislature in 2009, which has the effect of making the abuse of animals a Class H Felony as opposed to the misdemeanor it was before.  [Language from the bill is below.  See http://animallawcoalition.com/nc-gov-perdue-signs-susies-law/ for more information.] Microsoft Word – S254v4.doc

SECTION 1. G.S. 14-360(a1) reads as rewritten: “(a1) If any person shall maliciously kill, or cause or procure to be killed, any animal by intentional deprivation of necessary sustenance, that person shall be guilty of a Class A1 misdemeanor. Class H felony.”

SECTION 2. G.S. 14-360(b) reads as rewritten: “(b) If any person shall maliciously torture, mutilate, maim, cuelly beat, disfigure, poison, or kill, or cause or procure to be tortured, mutilated, maimed, cruelly beaten, disfigured, poisoned, or killed, any animal, every such offender shall for every such offense be guilty of a Class I Class H felony…”

The police broke into my car because they used the Elon Law sticker on my bumper to look up my contact info and apparently entered the registration number incorrectly.  Frustrated when they couldn’t reach me at an erroneous number, they broke into my car and retrieved my actual cell number from Madame’s tags.  Thankfully, I received that call. Visibly shaken when I got to my car and after I asked what in God’s name was going on, the officers explained that they’d received a report that a dog had been in my car for over an hour.  They were apparently prepared to liberate my animal (really, Officer, you were planning to walk her without me?) and charge me with animal cruelty, now a felony offense.  So here we go…

A cursory glance into the car would have revealed that not only did Madame look happy waiting there for me, but half the water I’d left for her in her dish was still there!  She was not frothing, not panting, she was FINE.  And it wasn’t until the officers observed my dynamic with her and I pointed out the leftover water that they realized arresting me and confiscating my animal (or whatever they had planned) would be a mistake.  Oh yeah, my telling them I’m a law student at Elon who just co-founded an animal rights group may have also helped. These officers also informed me that pending legislation allows for ordinary citizens to actually break the windows of other citizens’ vehicles IF it is clear that an animal is in danger or distress and there is no way to reach the owner.  Again, really? I am ALL FOR animal protection — I am the owner of a pit bull who was used to fight for her first year and a half.

Madame isn’t safe around other animals, although she is incredibly sweet and safe with people.  I am very aware of the dangers facing animals as well as humans, in particular pit bulls, which Susie of Susie’s Law, is too.  But I was not torturing, maiming, or disfiguring my dog.  I was also not depriving it of necessary sustenance.  And the presumption that I was, to the extent that police broke into my car and would not have simply arrested me but may have taken away my animal, is very troubling. Whose rights are being protected here?

I’m okay with needing to give a little on the human side in exchange for better treatment of animals, but whom would today’s proposed actions by police have protected?  My dog and I would have both been traumatized if we’d been forcibly separated, and my work as an advocate FOR animals’ rights would have been compromised by a charge such as the one they’d have made under Susie’s Law.  Whose wellbeing was being protected today?

When we hear about cases of children needing to be removed from their homes, it is very easy to judge, to say that this would only happen if parents were abusing or altogether neglecting their duties.  And yet, we know that difficult situations exist, and that sometimes ideal solutions don’t present themselves.  The hard part, I think, both in policy and in ‘real life’ is acknowledging that and getting off of our high horses enough to rationally analyze the whole situation.  Whose wellbeing is being advanced or preserved when a child, or an animal, is wrenched from the love of his or her family?  Whose lives are improved by forcing criminal records on pet owners who are actually law-abiding, very compassionate and responsible caregivers?

This is NOT what I understand Susie’s Law to have been about.  Moreover, what happened to me and to Madame today could happen to many in the state of North Carolina, potentially depriving pets and owners of their rights, as well as their wellbeing. To me the import here is not so much on blaming, although yes, I am still feeling angry(!).  It is instead that we need holistic training systems for police, so that when they go to enforce a very well-conceived piece of legislation, they are aware of the nuances and the impact of their ability to enforce those laws.  Autonomic undertaking of enforcement = violation of people’s and animal’s civil liberties.  And once that happens, it seems to me we are back in the land of violating human rights, which is the very point of legislation such as Susie’s Law.